One bowl for happiness
Everything else - a blessing 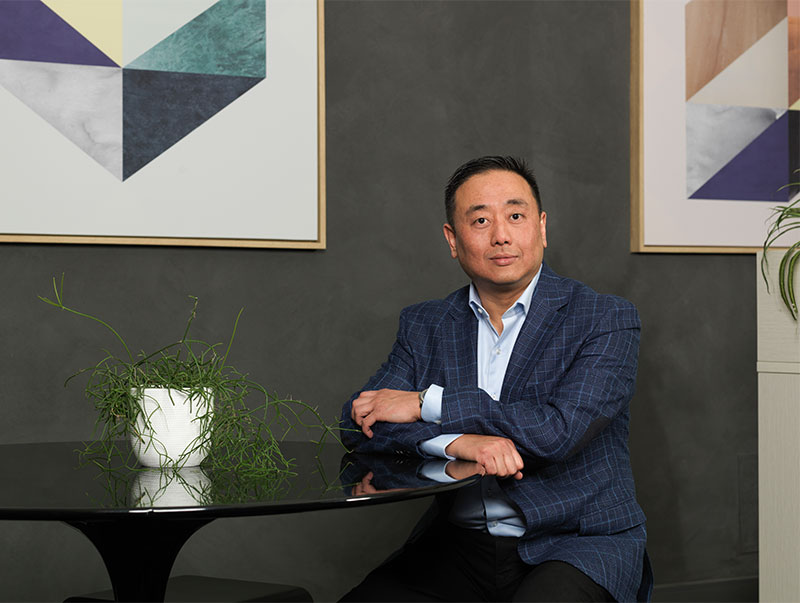 Gus Arianto is the remarkable founder of One Bowl of Rice. With over two decades of management experience in Asia and Australia behind him, it’s safe to say that Gus knows a thing or two about leadership. He’s been a business development manager, regional general manager, executive general manager, and now thrives as the CEO of a multimillion -dollar company.

Just like all of us, Gus was a leader even before entering any official leadership positions. One Bowl of Rice believes that everyone can be a leader, regardless of their job position or skillset. We were leaders from the day we helped a fellow student with their homework or invited them to play with us at school. This is one of Gus’s beliefs that helped shape what One Bowl of Rice is all about.

Gus is a full-time father and CEO, as well as a podcast host for his passion project, Leader Talk. So, what motivated Gus to create One Bowl of Rice on top of all his other commitments? You could trace his inspiration for One Bowl of Rice all the way back to his childhood.

Looking at Gus now, you wouldn’t think of him as the kind of student to fail many of his exams during high school. However, he did exactly that. Gus spent his school years in Indonesia, and from grade one to grade nine, he showed limited signs of academic aptitude and ranked near the bottom of his class every year. It wasn’t until year 10 that things began to change. After moving to a smaller school, Gus’s grades started to look up, and it wasn’t long before he ranked top of his class. So, how did Gus go from bottom of his class to top of his class within a matter of months? The answer is simple – he discovered his passion for teaching.

As Gus performed better at school, more of his peers would ask him for help. This was his main motivating force to do better at school as he absolutely loved to teach his friends. When Gus arrived in Australia and studies a Bachelor of Engineering (manufacturing) at Swinburne University of Technology in Melbourne, he would study 18 hours a day simply so he could pursue his passion for teaching and share his knowledge with his peers.

Alongside Gus’s engineering studies, during the day he worked in the office at David Brown Gear Industries – a global engineering firm in Melbourne, while at night he worked as a toilet cleaner and carpark attendant. While these experiences were hard, Gus is adamant that he wouldn’t change a thing because it taught him humility, resilience, and empathy. Even now, Gus always thanks the toilet cleaners he sees as he can truly understand the difficulties of their job.

Gus came to Australia as a non-English speaking university student living in a hostel. Now, he has a university degree, diploma and decades of engineering and management experience. Through One Bowl of Rice, Gus can turn his experiences into lessons that will help people all around the world unlock their leader potential. Gus’s genuine passion for helping others grow and succeed is a foundational aspect of his leadership journey because now, he can spend every day leading his team to success.

In his free time, Gus enjoys cooking, reading, training his dogs (Charlie Ma Darlin’, Bailey Ma Baby, and Ms Molly) and spending time with his family and friends. Every day, Gus works on being a more authentic, kind, and courageous person. He hopes to be able to make a positive difference in the world, whether that’s through One Bowl of Rice or by helping the people around him. However, above all, Gus hopes to be a good father, a loyal husband, a helpful teacher, and a great friend.

Find out more about me on LinkedIn.

One Bowl of Rice

Gus is passionate about helping, connecting and inspiring people.

Gus has successfully incorporated these characteristics into his life as a corporate executive. Gus has proven that these often shunned ways of leading teams can lead to wild success running a business.

Gus now wants to share his passion for leadership and people through a series of monologues, presentations and interviews covering life, leadership and business. In this series, Gus will talk with people from all walks of life who exhibit “one bowl of rice” style in their area of expertise.

One Bowl of Rice

Leadership and life journey of "One Bowl of Rice" leaders